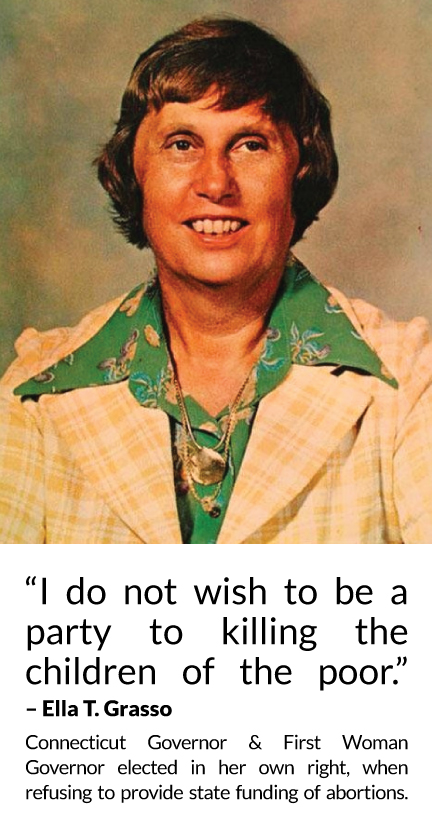 When preparing Connecticut’s Fundamental Orders, a document credited with being the first constitution creating a representative democracy, Rev. Thomas Hooker proposed that “The foundation of authority is laid in the free consent of the people” and that “As God has given us liberty let us take it.” With these words, Family Institute of Connecticut is inspired to educate all people interested in what Hooker called an “honest conversation” about what we can do to strengthen Connecticut families.

Supporting marriage strengthening projects, research and educating people about religious freedom, parental rights, the unborn and threats to the family is what Family Institute of Connecticut does. Your tax-deductible donations to our 501(c)(3) non-profit organization founded in 1989, will help improve and strengthen the family in Connecticut.

Toward the end of supporting specific state-level, pro-family candidates, regardless of political affiliation, Family Institute of Connecticut Action Committee was created in 2004. This organization is governed by state campaign finance laws, and we may accept contributions up to $750.00 per individual per calendar year. Contributions are NOT tax-deductible and this legal entity can not accept corporate or business contributions.

Since 2004, political lobbying in defense of the family has been conducted by Family Institute of Connecticut Action, a 501(c)(4) social welfare organization. Common-sense family values are attacked and undermined in our state government, so we have focused our efforts on being a strong voice for the family at the Connecticut state Capitol. This website is maintained by FIC Action. Because of our ability to use your contributions to lobby our legislators, donations to FIC Action are NOT tax-deductible.

Never before have the family and family life been in such jeopardy and disarray. This crisis is most evident in America’s cities — Connecticut’s among them — where poverty, racial discord and broken families are too often the norm. Our communities, schools and prisons, as well as the moral and ethical fabric of our business community, are all affected by this disturbing trend.

In spite of recent improvements in some of the trends that we monitor, in the last three decades:

And yet, at a time when laws should be passed to strengthen the family structure — and when failed laws that have weakened the family should be repealed — measures are being implemented in Connecticut and nationally that are further undermining the family.

We face a crisis of values. A society which has traded absolute truth for relativism will not escape the consequences as its foundations — of ethics, morality and family — crumble.

These growing problems are compounded by the lack of widespread and effective involvement by individuals, organizations, churches and synagogues on behalf of traditional Judeo-Christian family values. Lack of clear information, poorly executed activism and an ever-more intransigent bureaucracy at both state and federal level have all discouraged civic involvement by caring people.

Please send us an e-mail so that we might add your name and address to our mailing list and that we might contact you in response to an inquiry. You will also receive our newsletter and notices about future FIC forums dealing with issues pertinent to Connecticut families, and how you can get involved.

About The Family Institute of Connecticut

FIC is composed of three distinct organizations. FIC Action is an 501(c)(4) social welfare organization. Lobbying in defense of marriage and the family is conducted by FIC Action. Given that we have increasingly seen common-sense family values attacked and undermined in our state government, we have increasingly focused on being a strong voice for the family at our Capitol. Given that focus, we created a 501 (c)(4) organization in 2004 to concentrate on lobbying our legislators. This website is maintained by FIC Action. Because of our ability to use your contributions to lobby our legislature, donations to FIC Action are NOT tax-deductible.

Family Institute of Connecticut Action Committee is a registered state political action committee. FIC Action Committee was also created in 2004 to help support pro-family candidates to our state government. This organization is governed by state campaign finance laws, and contribution are limited to $750.00 per individual per calendar year. Contributions are NOT tax-deductible and we can not accept corporate or business contributions.

These three organizations allow us to fulfill our mission to encourage and strengthen the family as the foundation of society and to promote sound ethical and moral values in our culture and government.