Fundamental to encouraging and strengthening Connecticut families is the continued education of policymakers and the public about the brutality of abortion toward women, men, and of course, unborn children. Family Institute of Connecticut is the most outspoken and largest independent organization working for women and children and against abortion in Connecticut.

We support a parental consent law in Connecticut similar to laws protecting minors in Massachusetts and Rhode Island. Connecticut is one of only a handful of states that do not require some form of notification to a parent or guardian by minors before getting an abortion. No other industry in Connecticut is given such permissive authority to perform life-altering surgical procedures on our minor children without parental consent or notification. This is out-of-line with other states and makes Connecticut an obvious target for the exploitation of minor girls in vulnerable situations.

Think that this is just hyperbole?

Consider just one year, 2007, in which Planned Parenthood was linked to at least three cases of statutory rape or abuse. The case of Michael Britt, model agency owner and Planned Parenthood employee, who is charged with sexually assaulting a 14 year old girl in a Planned Parenthood facility among other grievous crimes. The case of Kevin Walker, age 22, who allegedly impregnated his 14 year old girlfriend three times over a 6-month period, secured three abortions for such girl, which were not reported to authorities as “suspicious” as required by Connecticut’s mandated reporter statute. And the case of Adam Gault, a 41 year old man in whose locked basement police found a 15 year old girl. Her mother had been searching for her for a year. Mr Gault was convicted of statutory rape after the remains of his and the 14 year old’s child were found in a medical testing facility used by Planned Parenthood. Connecticut’s current “mandated reporter” system failed these girls and their families as applied to our local abortion industry. How many other 14 and 15 year old girls are being repeatedly victimized by older men who secure the services of Planned Parenthood to cover their abuses? A parental consent law would have made it easier for Planned Parenthood to detect these abuses and report suspicious activity as required by state law. A parental consent law is a common-sense tool for parents to detect crimes against their children. It is time for people of goodwill, looking to do what is best for vulnerable girls, to begin a reasoned discussion about introducing an informed consent law in Connecticut.

Chris Powell, managing editor of the Journal Enquirer, reported on another incident in a November 8, 2014 column…

“A similar case became public in Coventry last year with the arrest of the fire chief, who was having frequent sex with a cadet member of the department when she was 15 and impregnated her when she was 16. As a matter of law it was all rape, even at 16, since the girl, as a cadet, was under the chief’s authority. The chief also arranged for the girl’s abortion without anyone being the wiser. In this case Connecticut’s lack of a parental notification law concealed not only the sustained sexual exploitation of a minor but also an abuse of official power that itself had been specifically criminalized. But this time the horrible circumstances were taken for granted.”

Family Institute of Connecticut called out NARAL for claiming in a 2010 e-mail…that “At Hartford GYN, a reproductive health clinic in Hartford’s south side, clients are being harassed as they seek health-care services. On the days that Hartford GYN provides abortion care, protesters block walkways and follow patients to and from the building, all the while spewing anti-choice rhetoric and causing fear…Once a woman has made her decision, why should she be berated on her way to get a legal, safe procedure at a reproductive health-care facility?”

“Once a woman has made her decision, why should she be berated on her way to get a legal, safe procedure at a reproductive health-care facility?”-NARAL

We know this was a lie.

The 40 Days for Life volunteers, including many Family Institute of Connecticut members, are peaceful, prayerful and only speak the truth in love.

In the same e-mail, NARAL went on about a “buffer zone” law that was passed in other states – a law that prevents pro-lifers from approaching women near the abortion clinic:

“It is just this sort of protection that clients in Hartford could use to ensure access to Hartford GYN and their legal right to obtain an abortion. We will be working to secure a buffer zone in the coming year and we’ll keep you posted on our progress.”

With a 2014 buffer zone decision by the Supreme Court, the zeal to create a buffer-zone law in Connecticut may rise again. But make no mistake: Family Institute of Connecticut will always work hard to legally defend the unborn, women, families, and protect the rights of pro-lifers in Connecticut to peacefully witness against abortion and offer information to women who may otherwise feel pressured or victimized by abortion. 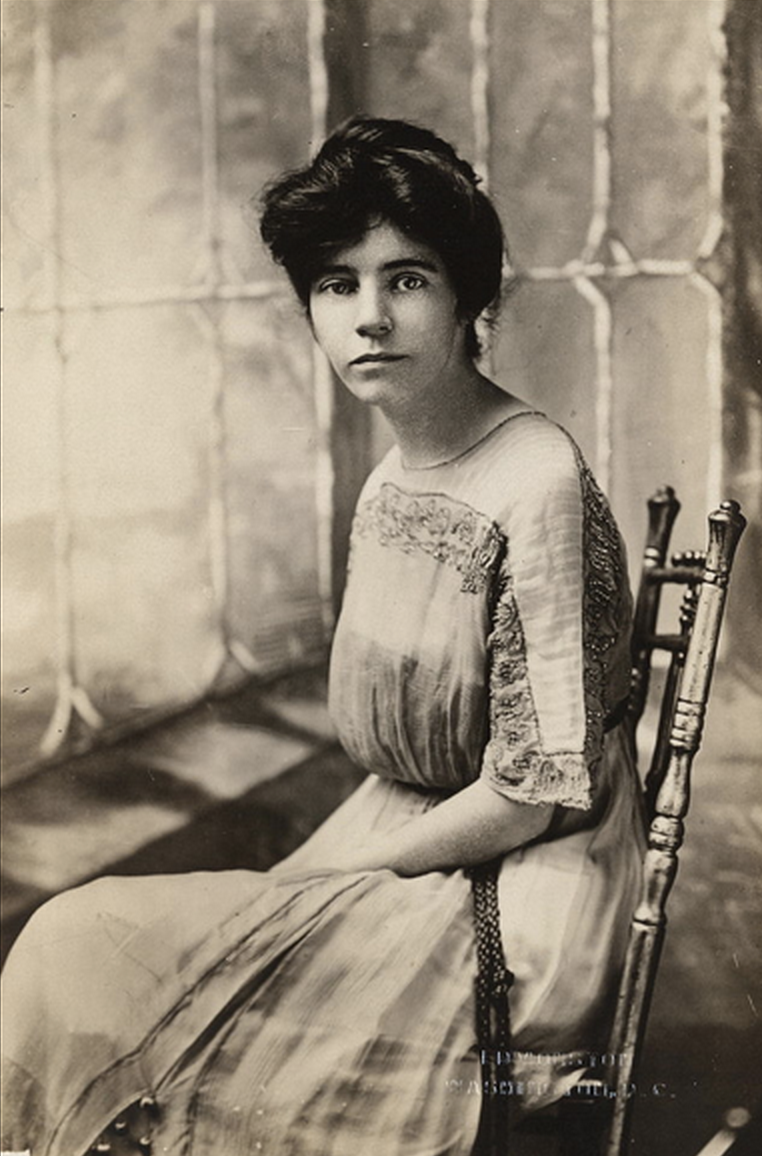 “Abortion is just another way of exploiting women.” Alice Paul, suffragist, author of the Equal Rights Amendment and 1994 inductee to Connecticut Women’s Hall of Fame. 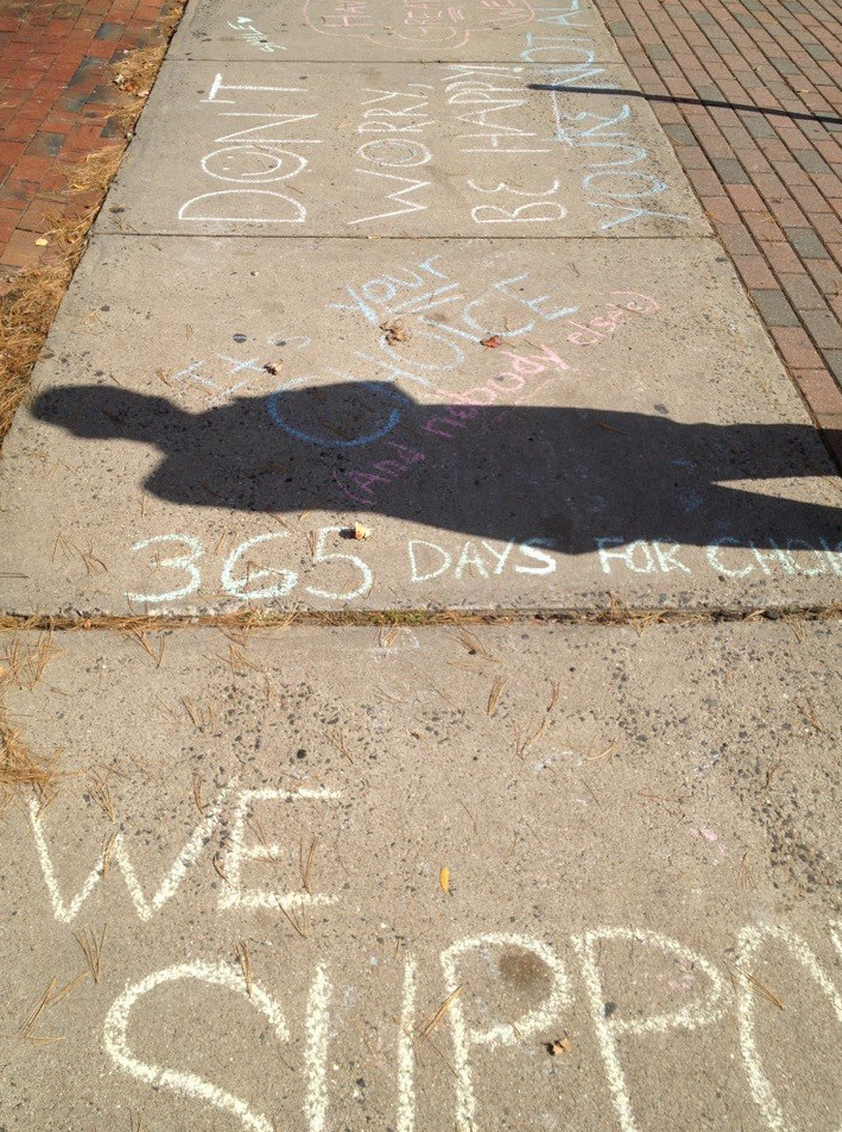 Chalk writings left by Planned Parenthood activists for the benefit of Family Institute of Connecticut and the 2012 40 Days for Life event attendees in Hartford.