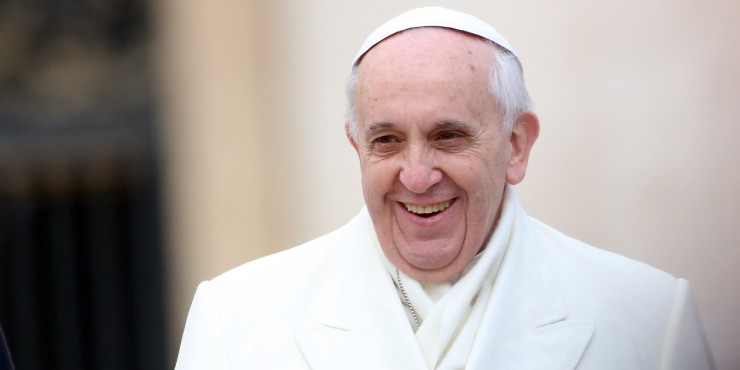 Family Institute of Connecticut is hearing from both concerned friends and gleeful foes over comments by Pope Francis that are being spun in the media as “Pope wants Catholics to abandon the fight against abortion and same-sex ‘marriage.'”

In fact, that is not what the Pope said. In a 12,000 word interview that touches briefly on abortion and marriage, the Pope warned that pastors “cannot insist only” on those issues in their preaching and counseling of souls. Pope Francis’ comments were not about the public policy advocacy of the Roman Catholic Church and still less about the advocacy of pro-family ecumenical organizations like FIC.

We read the full interview before commenting on it and we encourage anyone who is interested to do likewise. Here and elsewhere Pope Francis displays an unguarded openness that is pleasantly shocking.

There were other parts of the interview that, indeed, were very relevant to Connecticut.

Earlier this week, FIC executive director Peter Wolfgang met with evangelical Christian clergy in Newtown who have been doing very important work to address the spiritual needs of that community in the wake of the horrific murders that occurred there last year. In a striking coincidence–or non-coincidence–Pope Francis’ comments about “The Church as Field Hospital” are nearly identical to what the evangelical clergy in Newtown told Peter. Says the Pope:

the thing the church needs most today is the ability to heal wounds and to warm the hearts of the faithful; it needs nearness, proximity…You have to heal the wounds. Then we can talk about everything else. Heal the wounds, heal the wounds…

In ecumenical relations it is important not only to know the other better, but also to recognize what the Spirit has sown in the other as gift for us…We must walk united with out differences: there is no other way to become one. This is the way of Jesus.

FIC members have many opportunities in the next few weeks to live that Spirit and even to do so in service to life, liberty and marriage.

Impact Connecticut’s 40 Days of Worship, “the Body of Christ throughout Connecticut exalting Jesus as Lord and crying out to heaven for His Kingdom to come to our state,” continues tonight at 7 pm at River of Life Christian Fellowship in Tolland.

Connecticut Right to Life is holding Religious Freedom Rallies at the local offices of all five Connecticut Congressmen this Sunday, September 22, at 2 pm to protest the federal mandate forcing religious organizations and believers to provide and pay for abortion-inducing drugs. More information here.

40 Days for Life, the prayer vigil that saves lives at abortion clinics in Connecticut and across the nation, begins on September 25th. Those wishing to pray at the Hartford abortuary can go here for more information, those praying at the Norwich abortuary go here.

We will have more information on these and several other pro-family events happening here in Connecticut during this beautiful New England autumn.

The reporter was correct, of course. I was psyched when Ned Lamont held a press conference attacking Family Institute of Connecticut a mere two days after winning the Democratic nomination …
END_OF_DOCUMENT_TOKEN_TO_BE_REPLACED

Below is Family Institute of Connecticut Action Committee’s endorsements in the 2016 Connecticut elections. It was originally an email to FIC PAC members on Oct. 13th under the title “FIC …
END_OF_DOCUMENT_TOKEN_TO_BE_REPLACED