We hear that Cecile Richards was in Stamford this morning, campaigning for Hillary Clinton. If she were to stick around just one more day, she could have a tour of the locations that are participating in the #ProtestPP national day of protest on Saturday. I’m sure it would be illuminating.

Days ago, Richards told attendees at a Clinton rally that “A woman voting for Ted Cruz is like a chicken voting for Colonel Sanders.” Well, fluff my feathers! Such a ‘feminist’ notion. Besides, are we sure she isn’t one Freudian slip away from Bernie Sanders? Both candidates will be visiting Connecticut in the coming days. It’s not like the abortion moguls have bad choices among the Democrat contenders, but there has to be a reason for making the trip when Hillary holds a nine-point lead in 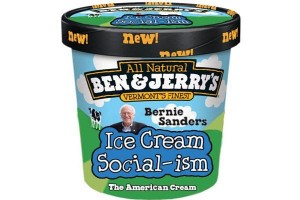 this state. Perhaps she realizes that lead is primarily among older people. Four years ago, former NARAL president Nancy Keenan famously freaked out about the average age of March for Life attendees and resigned. It would appear that the fogies at Planned Parenthood are out of touch with American youth on both sides. If anybody claims otherwise, please point out who has their endorsement, versus who has young support. If many of the undecideds and waverers are in that demographic, Hillary could theoretically be in trouble in Connecticut should they cross the road to get to the other side. Even though Hillary’s no spring chicken herself, and pro-aborts tend to display rank hypocrisy in regard to men who are allowed to hold opinions on abortion, Colonel Sanders’s northern cousin might not be the ideal spokesperson in senior leadership’s eyes.

To add to the drama surrounding the primary elections, it remains to be seen whether Donald Trump will make an appearance at the Connecticut Right to Life convention when it could hardly be more convenient. Regardless, we encourage attendance at the convention. Be sure to wave in Cecile Richards’s rear view mirror.

The reporter was correct, of course. I was psyched when Ned Lamont held a press conference attacking Family Institute of Connecticut a mere two days after winning the Democratic nomination …
END_OF_DOCUMENT_TOKEN_TO_BE_REPLACED

Below is Family Institute of Connecticut Action Committee’s endorsements in the 2016 Connecticut elections. It was originally an email to FIC PAC members on Oct. 13th under the title “FIC …
END_OF_DOCUMENT_TOKEN_TO_BE_REPLACED